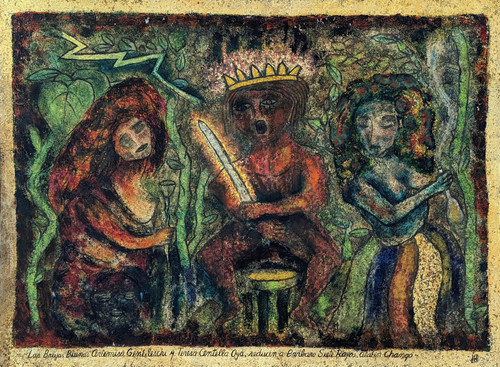 Jorge Hidalgo Pimentel's technique, severe in both application and appearance, evokes the image of a serious man. But a single conversation reveals a kind and loquacious Santiaguero, a man of true simplicity, still paving a trail through Cuban art history with monoliths for footprints. Hidalgo began painting in the 1950s. By the 90’s he delved into engraving and, as described by the poet and essayist Erián Peña Pupo, "his palette became increasingly austere, and since that time he has maintained his interest in the ochres and the tutelary spirits — flashes with magenta, blacks, sparks of pure colors, leaving behind surprising visual illuminations".
×